Just being selected to attend the Winter Camp is a great honor. Your selection is evidence that you have potential to be a Utah Cannibal or a Utah Youth Rugby All-State player. While participating in the Winter Camp, players are reminded that although they are competing for a spot on a representative select side roster, one of the key criteria for selection is a player's ability to work with and support teammates. The coaches and selectors will very rarely select a highly skilled, fast, strong player who simply refuses to pass the ball to impress the selectors. Teamwork is one of the most highly sought after character traits of representative select side players.

During this the longest single period of high school rugby during the year, a player's trues character comes to the front. Are you committed and loyal to your home club. Do you attend all practices and conditioning sessions. Are you willing to learn, practice and improve?

Coaches and selectors from all these teams attend regular season, state championship, national championship and select side matches. Players are always being observed.

How are players selected to represent Utah as a Utah Cannibal

The selection process is a year round process and can be best defined as follows:

The primary identification period is during the Utah Youth Rugby High School Fall 7s Series. This Series comprises four 7s tournaments in September and October each year. Utah Cannibals coaches and selectors attend these four tournaments to observe potential players competing with their home clubs. Coaches and selectors consider a number of factors when identifying players to invite to join the Utah Youth Rugby Select Side Player Pool. These factors include:

During November, the coaches and selectors consider the current player pool and assess which of the players observed during the Fall 7s Series should be invited to the Utah Youth Rugby Select Side Winter Camp held in December. Coaches and selectors also consider players that were not available to their home clubs due to school team commitments for other complementary sports such as Football.

Players invited to the Winter Camp are assessed and trained until February when the first Utah Cannibals Team is announced for the tour to the Las Vegas Invitational (LVI) in Las Vegas, NV. Players not selected remain in the player pool and are provided with feedback on what the player needs to do to improve his or her performance to claim a spot on the Utah Cannibals roster. Selected players and players in the player pool only retain their spots if they continue to work and improve their rugby skills and general character.

Following the tour to the LVI, players are released back to their home clubs to compete in the Utah Youth Rugby High School Spring 15s season and State Championships from March through May. During this period the Utah Cannibals coaches and selectors once again attend matches and observe both the players in the player pool and new potential players. The Spring 15s season provides the coaches and selectors with a much larger pool of players to observe and assess. During this period, players in player pool are expected to report to the Utah Cannibal coaches on their weekly participation with their home clubs and provide fitness reports.

Following the State Championships, the Utah Cannibals selectors announce the Cannibals roster for the Summer 7s and 15s tours.

Selected players are required to pay a $100 tour fee for each tour they are invited to. All other costs of the tours are funded through the Utah Youth Rugby Select Side budget and through generous sponsorships. The Utah Cannibals is therefore not a pay for play program. The best available players are selected and awarded with the honor of representing the State of Utah much like any representative side in the global rugby arena. 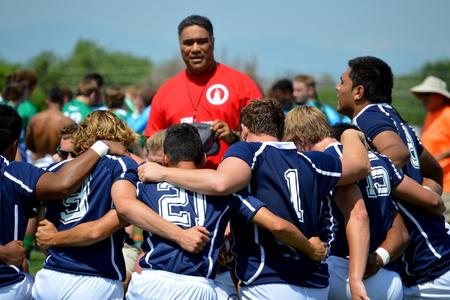